Snarky: A high-level language for verifiable computation
by Izaak Meckler
2018-03-11

But it doesn't have to be this way. Cryptography as a discipline provides us with some of the tools necessary to regain some of this control over our resources and data while reducing the need to trust unaccountable actors.

Verifiable computation makes it possible for you to be confident about exactly what other people are doing with your data. For example, it enables

Verifiable computation is powered by zk-SNARKs. Right now, however, progamming directly with SNARKs is comparable to writing machine code by hand, and trusting "SNARK machine code" is a lot like trusting a compiled binary without the source code.

To fulfill the promise of verifiable computing as a tool for returning control and agency to individuals, their operation has to be made as transparent as possible. We can help accomplish that goal by making the properties that verifiable computations prove specifiable in languages that are as close as possible to the informal, inuitive properties we have in our minds. That way, individuals can trust the easy-to-understand high-level specifications, rather than opaque "SNARK machine code".

In this post, I'll describe how we at O(1) Labs are helping to bridge this gap and solve the transparency problem with our language Snarky for specifying verifiable computation.

As mentioned above, a verifiable computation is a computation that computes an output along with a proof certifying something about that output.

For this post, let's focus on the example of a verifiable election. One place where people are clamoring for accountability is of course in how pizza toppings are chosen in group settings. (Heads up: I kept this example simple for exposition, which means there are a few flaws. I take no accountability for your pizza election.)

So let's imagine you and your friends are trying to decide on what pizza topping to get (either pepperoni or mushroom) and you'd like to vote on a topping while keeping your votes as secret as possible. 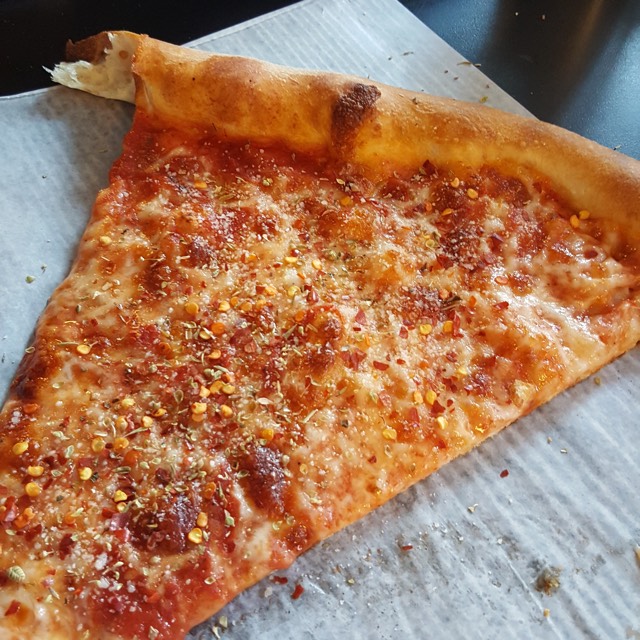 Here is a picture of pizza to keep you interested.

Let's say everyone trusts Alice to keep votes secret. She'll act as the "government" by collecting everyone's votes. But everyone also knows Alice loves mushroom pizza, which means we don't necessarily trust her to run a fair election. So we'll develop a scheme that gives everyone assurance that the election was run correctly (i.e., that each person's vote was included and that the majority vote was computed correctly).

Using zk-SNARKs, we can write a verifiable computation which Alice can run to compute the majority vote and prove that it was computed correctly. Moreover, using the "zk" or zero-knowledge part of zk-SNARKs, she can do so in such a way that everyone can trust the result without learning any information about individuals' votes.

we can produce a piece of data π which somehow certifies our knowledge of such βi​s which has the following two properties: 1. Zero-knowledge: π does not expose any information about β1​,…,βm​ 2. Succinctness: π is very small (concretely, a few hundred bytes) and can be checked quickly (concretely, in milliseconds). Such a set of βs is called a satisfying assignment.

It turns out that such constraint systems are universal in the following sense. Given any (non-deterministic) verifiable computation, we can construct a constraint system so that the existence of a satisfying assignment is equivalent to the correctness of the computation.

So, it seems that zk-SNARKs gives us exactly what we want. Namely, a means to prove correctness of computations while hiding private information and saving parties from having to redo the computation themselves.

With these SNARKs in hand, let's return to our election example. The voting scheme will be as follows:

The zero knowledge property of the SNARK ensures that no votes are revealed to anyone except the government. So, to realize this scheme in practice, all we need to do is to encode the above statement as a constraint system. Here it is: 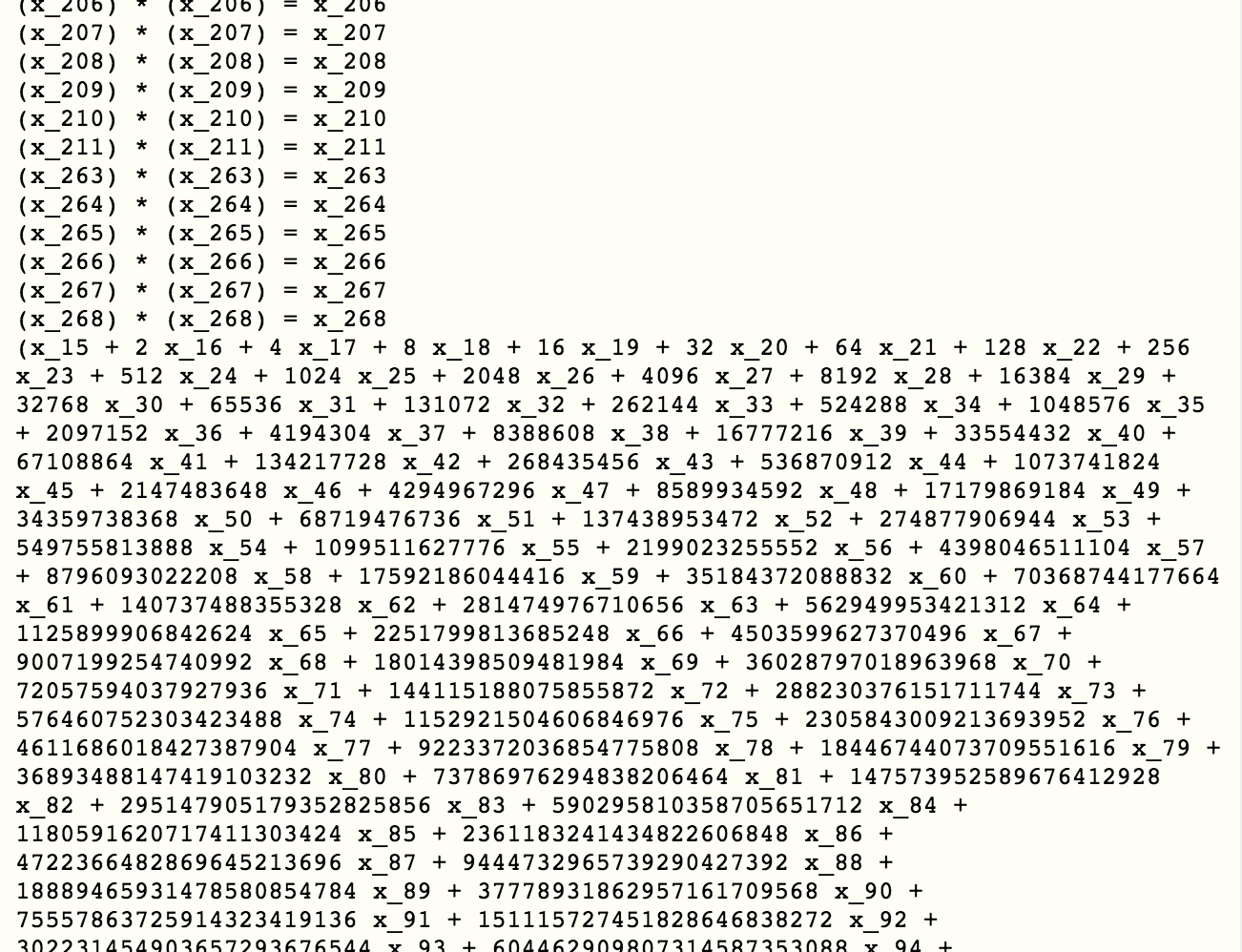 Great, we're done! Er -- well, maybe not. The trouble is that it's basically impossible for anyone to verify that this constraint system does actually enforce the above property. I could have just chosen it at random, or maliciously. In fact it doesn't actually force the property: I deleted a bunch of constraints to make this page load faster.

The situation is similar to programming in general: one doesn't want to have to trust a compiled binary because it is difficult to verify that it is doing what one expects one to do. Instead, we write programs in high-level languages that are easier for people to verify, and then compile them to assembly.

Here, in order for it to be convincing that a constraint system actually does what one expects it to do, one would like it to be the result of running a trusted compiler on a high-level program that is more easily seen to be equivalent to the claim one wants to prove.

Toward a programming language for verifiable computation

The basic programming model is as follows. A "verifiable computation" will be an otherwise pure computation augmented with the ability to do the following two things: 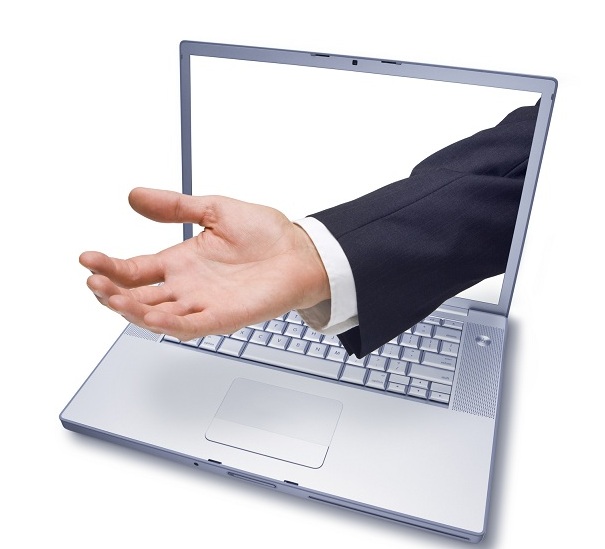 A verifiable computation requesting a value from its environment

To get a feel for the model, let's see our election computation rendered in a pseudocode version of Snarky.

If winner(commitments) is run in an environment in which it terminates without an assertion failure and outputs w, we know that there were votes corresponding to commitments such that the majority vote was w. Snarky gives us a way to prove statements like this about computations.

Namely, given a verifiable computation P (i.e., a computation that makes some requests for values and assertions of constraints) Snarky lets us compile P into a constraint system \tildP such that the following two are equivalent:

In our case, the requests are for openings to each of the vote commitments, and the assertions check the correctness of the openings. So, reiterating, if Alice can prove winner(cs) = w for some commitments cs and winner w, she will have proved "I know a set of votes votes corresponding to the commitments cs such that the majority vote of votes is w".

There's a bit of noise caused by the harsh realities of OCaml's monad syntax, but overall it is quite close to our pseudocode. We

We must provide a mechanism for handling requests made by verifiable computations to pass in requested values (similar to the way we write exception handlers). In Snarky, this looks like

where ballots : Ballot.Opened.t array is the array of opened ballots that the government has access to.

The request/handler model has a few nice features. In particular,

Snarky helps us bridge the gap between high-level properties we want to prove using verifiable computations, and the low-level constraint systems we need to provide to SNARK constructions. It brings the promise of accountability and control over personal data through verifiable computing one step closer to practicality. The code is available on github, and we at O(1) Labs are using it in the development of our new cryptocurrency protocol that aims to power the examples described above and more.