During Testnet Release 3.1, we put out a flash challenge for testnet participants to fill out a user survey to help the team better understand the community. As promised, we are now sharing the results!

We received 347 responses from community members located all over the world, demonstrating our diverse community! A high proportion of respondents identify as node operators and investors/traders, followed by hobbyists/enthusiasts, developers, and influencers.

The survey results show that participants believe what sets Coda apart from others is the use of recursive zk-SNARKs to enable the world’s lightest blockchain. 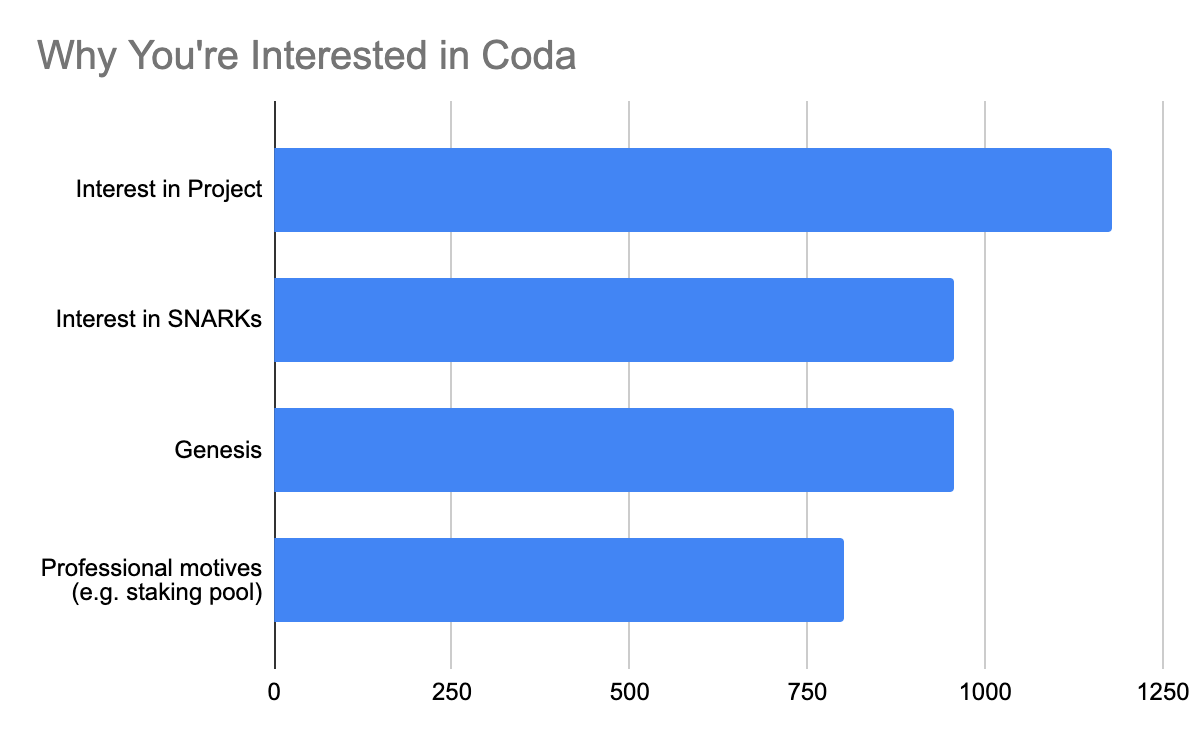 Coda's use of zk-SNARKs allows it to address the problems that have plagued other layer-1 blockchains and hindered their ability to scale, be decentralized and appeal to developers. Many blockchains have focused on scalability, in the form of transactions per second (TPS), at the expense of decentralization. Given the reality that lower decentralization can mean higher risk of a successful 51% attack, choosing lower decentralization shouldn't be a valid option. Coda participants believe that what will make Coda successful is both its ability to scale, as well as its ability to be more decentralized. The third most important reason is the ease of running a full node. Notably, all of these features are made possible by zk-SNARKs. 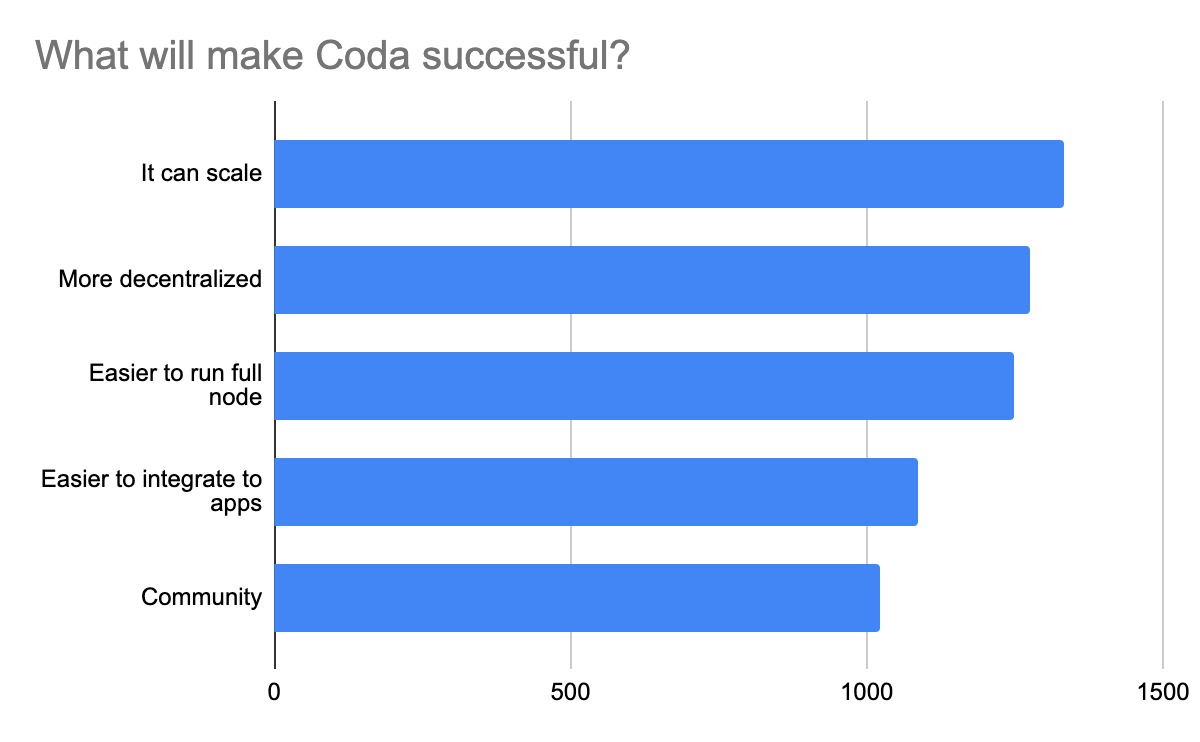 By deploying recursive zk-SNARKs, Coda is able to encapsulate the entire history of the chain in a single, lightweight proof that is easy to download, update, and share across the network. The survey results also show that users are most excited about running verifiable apps built using Coda's zk-SNARK-powered protocol. 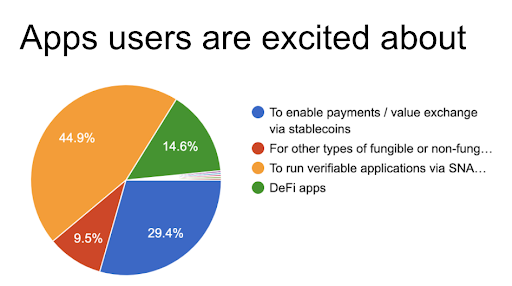 44.9%: To run verifiable applications via SNARKs 29.4%: To enable payments/value exchange via stablecoins 14.6%: DeFi apps 9.5%: For other types of fungible or non-fungible tokens (collectibles, personal tokens, etc.)

Breaking down what app users are excited about by audience type, the survey shows that across the board, verifiable apps was the number one interest. Payments is also of high interest for investors/traders, developers and influencers, but seemingly less so for node operators and hobbyists/enthusiasts.

When asked "What do you find lacking on other blockchains?" user responses referred to the reality of other layer-1 blockchains being too big, difficult to run nodes, and sacrificing decentralization to achieve TPS.

A running thread was also the difficulty of having an involved community: “[Others are lacking] a large and united community of validators, I think Coda is building it.”

We were also happy to receive confirmation that Coda has ‘style’! : "Others are boring, technical and heavy - NO STYLE. Coda is light, fun and easy.”

Not only do the survey results show that the community values Coda's novel structure that uses zk-SNARKs to make the world's lightest blockchain, but responses also indicate the importance of a decentralized, diverse community, which respondents are happy that Coda is working to build. As one community member put it: “Coda is fast and safe. Coda is open and fair.”

A big thanks to everyone who participated in the survey and the greater Coda community!